Exciting news folks.! Yesterday, to our total delight we discovered that our song  “Final Hour Blues”  from our Rag Mama Rag album “Struttin` and Strollin` has been used in the American action movie “Drive Angry” http://www.driveangry3d.com/

The film, released earlier this year, stars Nicolas Cage and Amber Heard and was directed by Patrick Lussier. The film was shot in 3-D and special effects were created by Gary Tunnicliffe. Paradise FX posesses the real 3-D cameras, which Lussier used for his film. The three cars driven by Nicolas Cage in the film are a 1964 Buick Riviera, a 1969 Dodge Charger and a 1971 Chevrolet Chevelle. The lead actor Nicolas Cage narrated the supernatural film at WonderCon 2010. Patrick Lussier wrote the film with Todd Farmer. Lussier filmed the movie in Minden, Plain Dealing and Shreveport, Louisiana. 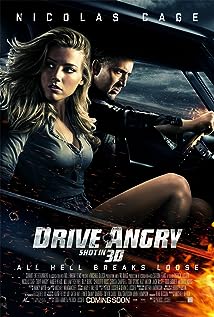 Tell us what you're thinking...
and oh, if you want a pic to show with your comment, go get a gravatar!